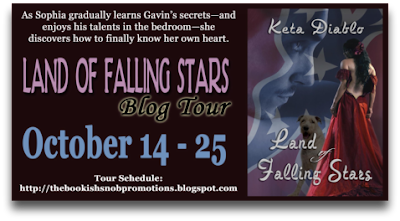 Land of Falling Stars: Set-Up and Excerpt
Haunted by dreams and visions of his childhood friend, Jesse, Gavin struggles over his feelings for Sophia. When she arrives at the entry of his bedchamber, he warns her there is no turning back if she steps into the room.
Unable to dispel the haunting visions of Sophia, Gavin tossed and turned. He was cursed, condemned. Rising from bed for the hundredth time, he looked out the window. His side ached, his head throbbed, and his brain had journeyed south hours ago. Jesse’s face floated before him. Blood seeped from corner of his pale lips. ‘Take care of her, Gavin. Promise me.’ Gavin slammed his eyes shut and willed the image to leave. Trapped between Sophia and anguish, he stood on a precipice overlooking Hell. He should have died on the battlefield like Billy said.
The floorboards in the hallway creaked and then the door to the room opened. Sophia stood under the archway, her slender body drenched in pale beams of moonlight.
She wrung her hands, her small toes pointed inward. “I-I came to check on your wound.” Glancing at Ricochet, she mumbled under her breath, “Defector.”
Gavin clenched his fists, fighting back an image of her crying the day he left for the war. Here she stood again, and he wanted to put his fist through the wall.
Arrested by her beauty, long moments passed until he found his tongue. “You didn’t come to see about my wound.” Another timeless moment crept by. “You should know, unless you leave, things will never be the same between us. There’s no going back.”
She took a step toward him.
“If you’re looking for prettified words, you won’t hear them from me. I’m not Jesse.”
“You never were.”
His resolve to stay clear of her evaporated. He strode toward her, grabbed her by the wrist, and pulled her hard against him. Her eyes flew open and a startled gasp left her lips.
“You should be afraid, Sophia, you don’t know what you’ve started.”
“Gavin,” she whimpered and rested her head against his chest. “I can’t fight it anymore.” She lifted her head and searched his eyes. “I don’t know what’s happening, I don’t care.” A tear slid down her cheek. “I want you, I need you.”
That ruined him. He swept her into his arms, carried her to the bed and knelt over her with his knees straddling her hips. He gave a command to Ricochet and the dog slithered from the bed. His mouth came down on hers, rough and demanding. He moved on to her neck and shoulders, smothering her with desperate, urgent kisses amidst her sobs.
He stopped and looked at her. “Last chance, Sophia.”
She shook her head and closed her eyes. Thank God. He didn’t know what he’d do if she changed her mind now. He grabbed her nightshirt and ripped it down the middle, sending the buttons flying through the air. Her eyes snapped open and she placed a hand against his chest. “Gavin?”
He drew a deep breath. He had to get a hold of his emotions. He couldn’t take her hard and rough despite his insatiable hunger. Not the first time. Whatever had pitched him into the ashen waters of despair—the war, Jesse, his love for her—it wasn’t her fault.
“I’m not the same man who left to fight in this godforsaken war.” His voice broke under the strain. “Things happened. I saw and did things you could never understand.”
She slid her hand from his chest and touched his cheek. “It’s all right, Gavin. I know―”
“You don’t know, Sophia, and if you did, you’d hate me.”
*** 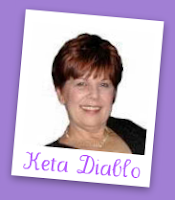 Keta Diablo is a multi-published author in romance (paranormal/historical) and gay fiction.

In 2009 her historical novel Decadent Deceptions was a finalist in the RWA Molly contest
Decadent Deceptions on Kindle: http://amzn.to/dQj8WZ
In 2010 Keta finaled in The Scarlet Boa contest with her yet to be published novel Phoenix Rising
In 2011 Keta’s paranormal/shifter Where The Rain Is Made was nominated for a BOOKIE AWARD by Authors After Dark
Where The Rain is Made on Kindle: http://amzn.to/ev0I3Y
Her Crossroads series (gay fiction) has won numerous awards, including Best Book of the Month, Recommended Read and Top Reviewer’s Recommendation.
Crossroads on Kindle: http://amzn.to/fRni1t
Diablo has written for numerous publishers over the years, most recently Books We Love Spice and Decadent Publishing and occasionally self-publishes.
For more information on Keta Diablo, visit her here:
Website | Keta’s Keep Romance Blog | The Stuff of Myth & Men Blog
Twitter | Facebook | 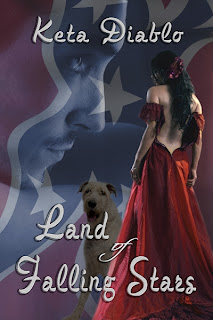 Penniless, her parents and brother dead, Sophia Whitfield struggles to save her beloved childhood home during the Civil War. Another bluecoat is staggering down the hill, but before Sophia allows him to rob and pilfer like the others, she shoots him. How is she to know it is Gavin, the dark knight of her youth, carrying secrets too horrific to imagine and a passion that ignites her deepest desires? As Sophia gradually learns Gavin’s secrets–and enjoys his talents in the bedroom–she discovers how to finally know her own heart. Can she save the Land of Falling Stars, or will she lose it all to the horrors of the War and Reconstruction? And will the Southern lady and the Yankee soldier be able to recapture the bliss of their youth–this time in each other’s arms?

Winner may choose any of Keta Diablo’s books listed on her web site here: http:www.ketadiablo.com.

{This includes any of her gay fiction, historical and paranormal books, EXCEPT FOR LAND OF FALLING STARS.}

Giveaway Details:
You must be 18 years or older to enter. Giveaway runs from October 16th – October 23rd. Open Internationally.
To Enter:
Fill out the Rafflecopter form below. 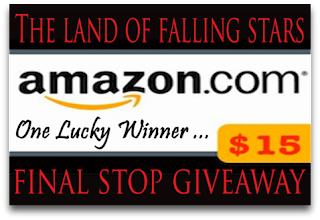 Be sure to follow the tour until the end for Keta’s Final Stop Giveaway!
Next stop on tour:
Paranormal Opinion – October 17th