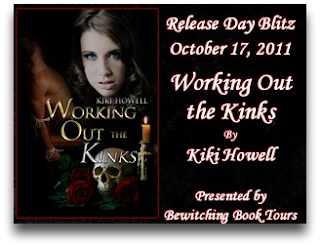 Welcome to the Working Out the Kinks Release Day Blitz! Kiki Howell is with us today sharing a little about her new release, a sexy paranormal romance with magic! Stick around for a book trailer and some other goodies!

Working out the Kinks
by Kiki Howell 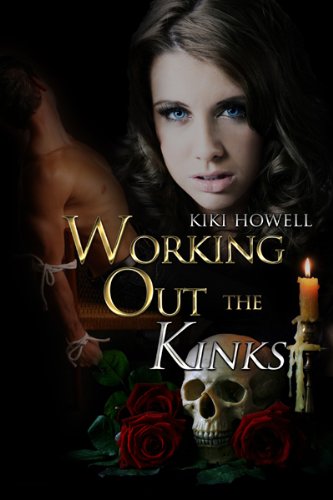 Making an appointment with his ex-girlfriend under a fake name, David buys himself one hour to get her attention. Hoping to apologize and remind her of their time together, he intends to do whatever he has to in order to make Meredith, a practicing Wiccan, forgive him for being idiot enough to have listened to those around him which meant choosing his political aspirations over love.

These are the songs Meredith listened to on her way to work the day her ex, David, showed up on her massage table. It was quiet an eclectic mix of break-up songs she had on her iPod: from angry to over you, from sad and slow to heavy metal, from oldies to new, they all struck a chord in her broken heart.

Give them a listen and you will see why she would have a hard time letting him back into her life.

Then read, Working Out The Kinks, to find out what exactly David has planned to win her back. 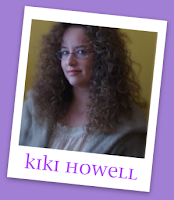 Ever since she was young, Kiki Howell has loved to listen to a well-woven tale with real characters, inspired plots, and delightful resolutions. Kiki could spend hours lost in a book, and soon she knew that creating lives, loves, and losses with just words had to be the greatest thing that she could do. To that end, she pursued her study of literature and writing, earning a bachelor’s degree in English. She then followed in a Master’s program in Creative Writing.

“After a long break having my boys, I finally just had to write again. And, as soon as I gave the stories the space, they entered it. It’s both awesome and humbling to find the words in my mind become characters on a page and create their lives.”

She has now had over twenty stories published between five different small presses. She could not be more thrilled or grateful to see her creations polished and out in the real world. Please look around. Although, a bit of caution, most of her stories tend to hang out on the graphically sexy side of town.

Kiki resides in the Midwest with her incredibly handsome and talented, singer/songwriter husband and two children. When she is not writing, she is spending time with her family, reading, baking or knitting.

Her biggest dream is to have a novel she writes be made into a movie that her husband creates the soundtrack for, and then cruise to Alaska with her family on the money they make.

Kiki is giving away one ebook copy of any book from her backlist including her new release Working Out the Kinks. 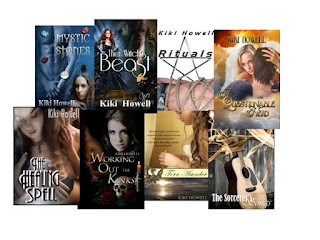 Giveaway Details:
You must be 18 years or older to enter. Winners will be contacted by the author via email. Open Internationally.
To Enter:
Fill out THIS FORM.

2 Responses to “Working Out the Kinks Release Day Blitz + Giveaway”