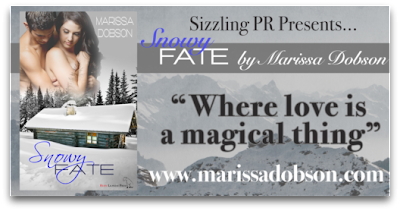 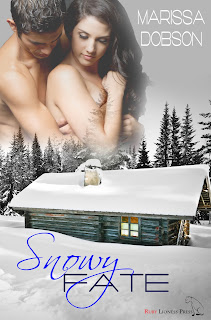 The past is catching up with Aspyn Layton. The father she never knew passed away and she is left to deal with his estate. An unexpected snowstorm has her stranded at the one place she didn’t want to be—her father’s house—with a naked man.

Damon Andrews has a secret, one he shared with Aspyn’s father. He must convince Aspyn there is more to life then what she knows. How will she react when she finds out he is a mountain lion, and she is his mate? Their fates are intertwined.

An Excerpt from Snowy Fate
She picked up the fire poker as she looked at the naked man before her. “Who are you?” Even though she was startled by the man who stood before her, she had a feeling that he meant her no harm. A man that sexy couldn’t harm anyone; except to break a girl’s heart. He looked as though he should be posing for Playgirl instead of standing in the cozy living room.
“The better question is who are you and what are you doing here?” he asked as he shook the wet snow off his body. He stood there, not the least bit concerned that he was naked, nor that he was wet from head to toe. Her heart was fluttering, and desire was heating her cheeks. She wanted to explore his toned body with her hands, and her tongue. His dark hair was wind blown into disarray; that served to make him look dangerous, and that much sexier.
“The name’s Aspyn. Now who are you?”
“You’re his daughter,” he said more out of shock, then in question. “I’m Damon Andrews. John, your dad’s lawyer, didn’t think you would be coming to the house, or I would have left.”
Once she heard this man was a friend of her father’s, she quickly squashed the attraction that was building inside her. There was no way she could pursue someone who knew her father. She didn’t want to know any more than she already did about the man who ran out on her and her mother.
“It wasn’t the plan. I agreed to sell the place and his things. I planned to head straight home, but the storm rolled in, leaving me no time to get out of town. I didn’t have anywhere else to go and I didn’t think anyone was living here. The lawyer mentioned the key under the rug if I wanted to stop.” She lowered the weapon as she spoke.
He nodded in understanding. “If there is anything of his you want, please feel free to take it. There are lots of pictures of you.”
“He never gave me anything while he was alive and I don’t want anything now.” The first tear was threatening to fall.
“Hey there, I didn’t mean to upset you. I’m sorry,” he said, crossing the room in two strides.
“It’s not you. It’s just being here, around all this. It’s more than I can handle now. I’m not a woman who cries at the drop of the hat, I don’t know what is wrong with me. All the years he missed, and now it’s too late. This is like crying over spilled milk.”
He gently laid a hand on her shoulder.  “He wouldn’t want you to be upset. He did what he thought was right when you were a child. It might not have been the best decision, but he felt it was the only way. It was the only way to give you a semi-normal childhood, and he regretted that decision every day.”
She looked him in the eye and with fire in her eyes, she lashed back. “I know this is going to sound childish and ungrateful, but then he should have come back for us.” She shook off his hand. “But none of that matters now, it’s too late. What are you doing here? Better yet, why are you naked?”
Taking a step back, he nodded to the cot made in the corner. “I’ve been staying with your father. I’m building a house on the other side of the lake and was living at the hotel. On your dad’s better days, he would come over and helped with the construction. The heat and plumbing aren’t finished yet because of the freezing weather. Your dad invited me to stay until it was finished. When he passed and I found out you didn’t want the house, I put the offer in to buy it. I couldn’t see it sold off to someone who wouldn’t appreciate the beauty of the area. As for my lack of clothing, well that is a long story. Why don’t I make us something to eat? I’m sure you’re starving.”
“That would be great.”
“On one condition … you must read your father’s journal. You need to understand why. It will affect you more than I can explain.” Before she could object he added, “Please. There is stuff in there that you really need to know. I told him time and time again that he needed to find you before it was too late and tell you. But he didn’t listen. The first page is all I am asking. After that, if you don’t want to read any more, I won’t pester you anymore today.”
*** 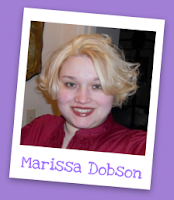 Born and raised in the Pittsburgh, Pennsylvania area, I now reside about an hour from Washington, D.C. I am a lady who likes to keep busy, and am always busy doing something. With two different college degrees, I believe you are never done learning.

Being the first daughter to an avid reader, this gave me the advantage of learning to read at a young age. Since learning to read I have always had my nose in a book. It wasn’t until I was a teenager that I started writing down the stories I came up with.

I am blessed with a wonderful supportive husband, Thomas. He is my other half and allows me to stay home and pursue my writing. My writing buddies Max (a cocker spaniel) and Dawne (a beagle mix) are always around to listen to me bounce ideas off them. They might not be able to answer, but they are helpful in their own ways.
For more information on Marissa, visit her here:
Website / Facebook / Twitter