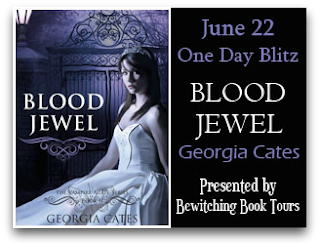 Happy Friday and a very Happy Release Day to Blood Jewel by Georgia Cates! Georgia’s stopped by Romancing the Darkside to share her new release with us including a fun teaser. I hope you enjoy it and feel free to share your thoughts!

Why Paranormal Romance?
By Georgia Cates

With all of the countless types of romance books to choose from, one might wonder why I would choose to write about paranormal romance. My question to them would be, “Why not?” I never write a book without asking myself where I want to go, what I want to do and what I would like to experience if I were reading this book instead of writing it.

Don’t we all live in reality? I guess there are those that don’t and that may or may not be of his or her own choosing, but I do and I enjoy a little escape from my mundane existence. If I’m going to escape into a world that doesn’t include the worries of everyday, why wouldn’t I want to experience some romance while I’m there? Heck, yeah! Bring on the paranormal romance and I’m placing my order for my supernatural hottie right now. I want him hot and spicy with a side of alpha. It never hurts to add a little sweet on top either. Roll him up with a bit of supernatural ability and you’ve got yourself one hot leading male.

I can find a human man anywhere I look, so give me a vampire, a shifter, a werewolf, etc. that fits into any of the above categories and we’re set to go. (I’m not incredibly keen on fae. There’s something about a male fae that doesn’t do it for me. Maybe I just haven’t read about the right one.)

I need adventure and I don’t mean the rides at Disney World. Sometimes, I need a thrill that only a paranormal story can give me. Take me through an enchanted forest where my hottie can throw himself between me and his evil nemesis trying to steal me away. Let us fall in love as he protects me from some evil no gooder trying to kill me because I am the key to saving the world. And last, but certainly not least, give me some hot, good loving-supernatural style like no human man can give me. (Sigh!)

Have I convinced you, yet?

With the mystery of Chansey Leclaire and Curry Brennan’s connection solved, they are free to explore their newfound love for one another. Or so they thought…

When Marsala uses a witch and black magic to discover Curry’s whereabouts, he and Chansey are left with no choice. The newly engaged couple is forced to relocate away from their families at the new compound in Savannah, which causes some major changes in the plans for their upcoming wedding.

Relocating to Savannah might have saved Curry and Chansey from being discovered by Marsala, but it doesn’t stop her attempts to reach Curry or her efforts to harm Chansey through the use of black magic. As Marsala closes in, Curry faces the decision he never wanted to make. Will he keep Chansey human or condemn her to eternity as the thing he hates most?

As Curry waits for his hand to be forced, a newly turned vampire arrives at the Savannah compound in need of help. Not only is she a fledgeling in transition, she brings reports of escaping from a vampire cult still in possession of her sister, a human. Any attempt to save the captive human from a cult of vampires puts everyone in jeopardy. Can they risk entering a large cult to save one human being? And is so, how could they possibly do it successfully?

Love will grow. New mysteries will arise. A battle will ensue. A Blood Jewel will be found. 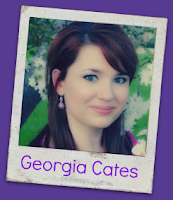 I reside in rural Mississippi with my wonderful husband, Jeff and our two beautiful daughters.

I spent thirteen years as a labor and delivery nurse before I decided to pursue my dream of becoming an author.

Blood of Anteros, Book One in The Vampire Agápe Series, was my first novel and it was released in September 2011.

I decided to step away from the paranormal genre to try my hand at a young adult romance and I loved it. It was so much fun, I plan to do it again in the near future.