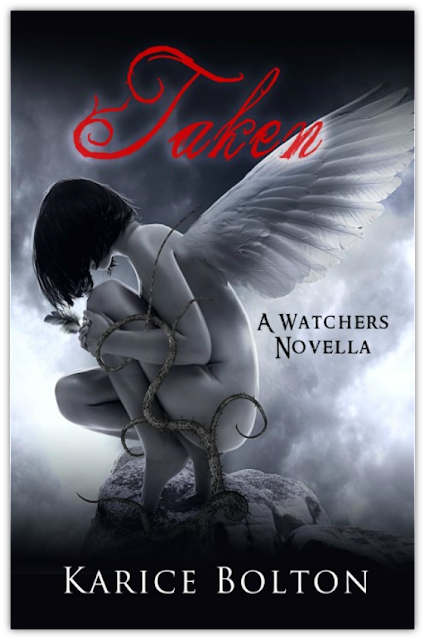 Ana and Athen are enjoying the quiet life as a couple with only the minor dark demon infraction to rectify. Cyril and Arie are enjoying the newfound simplicity too. Things are perfect – too perfect.

They soon realize that something far more sinister is taking place in their world, and they must do their best to stop the evil from spreading. Determined to figure out who is tampering with the mortals’ fate they are unable to recognize that it’s a trap, and one of their own is the target.

This is where it all begins.

This cover has a real good vs. evil feel to it that is beautiful and eerie at the same time. The angel with her head down just adds that element of mystery. I really like the use of black and white and the red title, it really stands out. I wouldn’t hesitate to pick this one up off a bookstore shelf! 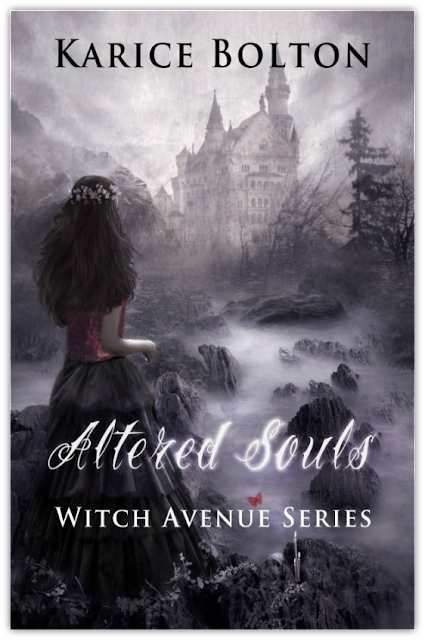 The realm of Altered Souls brings nothing but unrest, deceit, and pain forcing Triss to come face to face with heartbreak from her past.

Facing a betrayal like never before, Triss questions everything she thought she knew about her family, coven, and abilities.

With the help of Logan, she embarks on a journey enabling her to confront the dark side of magic and the person who controls it. Realizing Triss’s ancestors have been seduced for centuries by the dark side, Triss and Logan must ensure no more in their world fall victim to the realm of Altered Souls, even if that means ending the ones they love.

My Thoughts…
I love a cover that transports you to a magical place and Altered Souls captures that essence. The castle, the fair maiden and fog all create a mystical world reminiscent of fairy tales and legend. At first glance I wouldn’t think to associate it with witches but that series title just makes it more intriguing.
Now that you’ve seen them both…what are your thoughts?
About the Author
Website | Facebook | Goodreads | Twitter 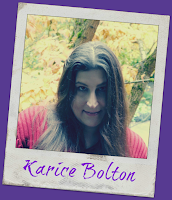 Karice Bolton is a paranormal romance/urban fantasy author living in the Pacific Northwest. All three books in The Watchers Trilogy are available now, Awakening, Legions, and Cataclysm. Lonely Souls, which is the first book in her new series Witch Avenue, was released in June 2012!

Karice married the love of her life who she met in high school, and she still can’t get over how cute and funny he is. They have two English Bulldogs that are the cutest bullies in the world, and they use their cuteness to get what they want. Karice loves the snow and gravitates towards the stuff as often as possible! She enjoys skiing and tries really hard to snowboard, but often makes a nice little area to sit while everyone zips by on their board. She enjoys writing, and she also loves to read just about anything with print.