Halloween is just around the corner and what better way to celebrate than with a scary ghost adventure! Author Mark Tufo has joined forces with PJ Blog Tours to create a spooktacular event for his latest book release, The Spirit Clearing. So join us on the Haunted Blog Tour for some chills, scares and fabulous giveaways! (How cool is that tour banner, right?!)

Our host for this adventure, THE SPIRIT CLEARING’s Michael Talbot iscurrently guiding a very scared group of people through a very freakypenitentiary. But, enough about that — you want to know about the good stuff.Along the Haunted Blog Tour you will have a chance to win Michael’s twistedstory along with some other very exciting prizes (pause for awesome effect –over $200 in great prizes)! To recap, at our last stop via BookSpark the group was freaking outand heading to the morgue. That should calm them down a bit…

I gotintimate with quite a few people on the way down to the morgue.

Unfortunately none of it wasintentional. Some tried to act brave like what we had just witnessed was somesort of elaborate hoax.  The restof us, the ones that wanted to survive we knew better. There was strength innumbers, if even the only true strength was that the odds of any particular one of us being ripped fromthe group was decreased. Other than that I didn’t think any one of us could doanything against the entity that was in there with us.

Goth’shusband was sandwiched between two of the three young men who were keeping himpropped up. His head was lolling about like a broken bobble-head might. He wasconscious but definitely not aware.

“What’s thematter with him?” Goth screamed at me.

“Besidesbeing married to you, I don’t have a clue.” I told her.

She took ina sharp intake of air at my comment.

“Shit did Isay that out loud?” I asked.

I could seeJed’s head nodding.

The man onAlan’s left side, snorted at my reply.

“This funnyfor you?!” Goth ripped into the youth.

“It was.” Hetold her as he hefted a sagging Alan back up.

“Accordingto this map, the morgue should be right there.” Jed said as he pointed hisflashlight about 15 feet down the corridor.

I will swearthat it felt like the hallway was narrowing as we walked, constricting might bea better word. I got the same impression of a light sucking void as I did whenwe had met our harbinger. (Now why did I use that word?) That brought a chillup my spine.

“Jed youneed to find us another way out man.” I told him.

“The pathgoes through the morgue, there’s an exit to the next part of the tour throughthere.” He replied.

“Time to puton my big boy pants. I suppose.” I said aloud.

“Really? Isall the dramatic flair called for?” Goth asked. “Let’s just get this over withso my husband can get some air.”

“Anyvolunteers to open the door?” I asked as we cautiously approached.

“You’ll dono such thing!” His mother said as she gripped his shirt tighter.

“I got it.”The frat brother that wasn’t carrying Alan volunteered.

He moved afew feet ahead of us. I noted that when his went to touchthe handle a blue arc of electricity jumped from the handle to his hand.

“Fug!” Heyelled (I would imagine he was shooting for a curse word), just as his bodywent completely rigid. We could have laid him on his stomach and used him as asurfboard he was that rigid.

“What’swrong with him?” Pete asked his mother.

Mark Tufo is the author of several books, including Indian Hill, Indian Hill 2:Reckoning, and Timothy. A graduate of the University of Massachusetts Amherst,he is a former member of the U.S. Marine Corp. Mark lives in Maine with hiswife, three kids and two English bulldogs. 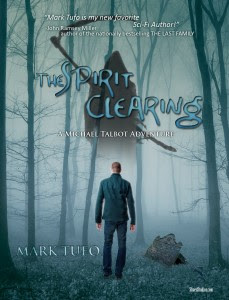 After a horrific accident Mike wakes to find himself blind in one eye.

He now sees things that others can’t and nobody will listen to him.That is until he meets Jandilyn Hollow. Will she be able to pull him out of the depths of his despair?

Can love transcend even death?

Answer the following question in the Rafflecopter form below for a chance to win some Haunted Grand prizes:
Whatdoes Michael need a volunteer for?
Enter Tour-Wide Giveaway Here 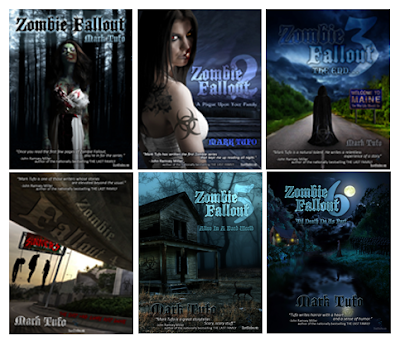 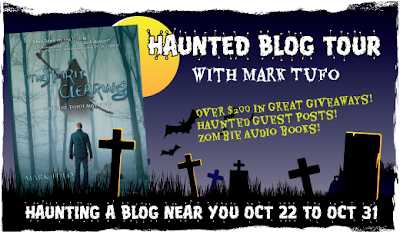 Visit the other tour stops for more scares and chances to win!