As part of the Impulse blog book tour, hosted by Enchantress of Books Blog Tours, author Dannika Dark is here today to share a little bit about the sexy heroes of her Mageri Series…and yes, there’s also a fabulous tour-wide giveaway. Let’s get started…

“THE MAGERI MEN: What Makes them so Sexy and Irresistible?”
By Dannika Dark

This is a great question, because each of my men come with flaws. In fact, there’s one character in “Impulse” that was I certain would rub readers the wrong way, but he’s gained quite a league of fans, even with his sharp tongue and serious demeanor. It seems that each of the men have acquired a group of loyal followers.

None of them are perfect, and perhaps that is the key. Do women like a good challenge? Perhaps.

First, there’s Adam. He’s the protective one, but sometimes overly so. He can be judgmental and a little needy with our protagonist, but we learn why. Some of those needs stem from his broken past, and we feel for him because what he wants in life is a good woman to look after, even if he is blinded by the idea. He’s done bad things in his past, and as a result, he feels like nothing good will come his way in life, and he’s deserving of whatever bad things come his way.

Then there’s Justus De Gradi; damn that man is just one hard shell of a man. He comes across as arrogant, a womanizer, dominant, and serious. Admittedly, those can be ridiculously sexy traits, but the excellent shape of his body, tattoos, and cobalt blue eyes don’t hurt either. He’s not just a Mage, but a Charmer. His energy contains an irresistible magnetic affect on all women who are seduced by his very presence. But there’s no one woman who is worth his time. Ahem. Challenge, anyone?

Of course, then comes Simon Hunt. He’s a dangerously sexy creature with a wicked tongue (pierced, by the way) and a sexy physique in leather pants. He’s dangerously intelligent, loves games, and is probably the most hilarious person you could be around. You know you’re going to have a good time with Simon. But aside from his sexual prowess is a man with a heart. We see glimpses of it and we know that he’s a good man beneath it all.

Logan Cross is a man with a sketchy past. His past was fueled on revenge and he does not apologize for the men he’s hunted and killed. At almost six-and-a-half feet tall, he will make you wince the moment you look into his golden eyes. Can he be trusted? And this is a man who has become one of the most beloved characters in the series.

What makes these men irresistible is something aside from looks, money, or power. They are all broken in some way. They have become who they are through the events of their past (or see glimpses that they’ve been through something painful), and as we discover these facts, we feel more connected with them.

What draws us to a character ultimately is not often perfection, but imperfection.

Almost one year ago, a Mage attacked Silver and changed the course of her destiny.
Immortals exist, and now she is one of them.
Within the dark and supernatural city of Cognito, Silver is living under the watchful eye of her Ghuardian and dating her mortal enemy. Neither man can protect her from a dark secret, one buried within the contents of a box. As rival factions struggle to gain control, she finds herself in the middle of a centuries-old feud that threatens to drive a wedge between her and Logan Cross, the man who intends to seduce her.
In an explosive turn of events, one life is saved and another is forever altered. Can Silver trust those around her, or are they hiding a dark secret of their own? 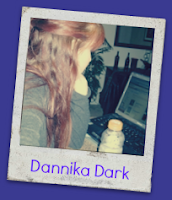 Down in Texas, there’s a woman who drinks copious amounts of vitamin water placed precariously close to her laptop. Yeah, I know. I’ve got a drinking problem. Hi, I’m Danni.
When I’m not writing (which is all the time), I’m listening to obscure music, watching movies, reading, discovering new ways to humiliate myself bowling, and burning up my laptop battery on the internet. I live with a cat who thinks she is a dog, or a goat (she eats plastic, so I’m not sure which).
Some people count sheep when they have insomnia. Since I was little, I used to make up stories in my head in a futile attempt to bore myself to sleep. The problem was, I’d get so wrapped up in my “head stories” that I would continue them through the following nights, changing it up each time to make it more exciting. Eventually, I started writing my ideas down more and more, creating short stories which evolved into poetry.
Lots and lots of poetry. It’s almost embarrassing that I have an entire box loaded with spiral notebooks filled with furious, heartfelt, and blushing words. Apparently, I had a lot to say.
Another one of my hobbies is digital art. I designed all my book covers.
I am finally doing what I have always wanted to: giving my characters a pulse through publishing. I write adult urban fantasy romance, but I don’t like labels. I let the story tell itself, and color outside the lines. I am not a YA author, but I think it’s pretty great that there are so many books available to teens in Urban Fantasy and Paranormal. These are the future readers!
The work that goes behind self publishing is hard work, I won’t lie. On top of my regular day job: I write, edit, format, create cover art, and market.
But it’s what I love to do, and someday, I’m going to be doing this full time. 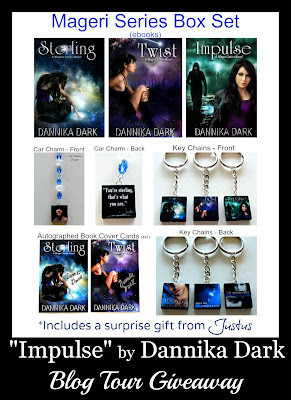