Today I’m happy to be hosting a stop on Rebecca Hamilton’s Her Sweetest Downfall Tour, hosted by Pure Textuality Blog Tours. Rebecca is sharing a bit about her world in her Forever Girl series and there’s a giveaway too!

A Deeper Look at the CRUOR
By Rebecca Hamilton

Cruor—the Earth Elementals of the Forever Girl world—mirror vampires in many ways: they are immortals who die by sunlight, decapitation, or staking. Quite traditional indeed. No sparkles need apply. Their blood can heal injury and disease, and they can influence of humans by erasing or creating thoughts in their minds. Cruor are extremely fast and strong, but they are not the fastest Elementals.

The intention of the Cruor was to purify the darkness in this world by eliminating it and by creating other Cruor to help them. Instead, some Cruor harbored darkness of their own, and soon this darkness became more of a keystone than an anomaly.

The original Cruor were humans who were buried alive, then resurrected by the Universe to hunt the darkness that walked the earth. Over time, however, a new weakness was discovered: Narcissus. Narcissus—or, daffodil—is a plant known to ward off Cruor, as it weakens them immensely. This discovery was made many years ago, around the time the Universe first created Earth Elementals. Humans were leaving flowers on graves to cover the scent of decay, and this prevented the rise of the undead, leaving the Cruor who already walked the earth to rely on their ability to turn a human through the poison in their fangs.

Despite their traditional roots, however, there’s a lot more to the dark and deceitful role of the Cruor. They were sent here to serve the mortal world, but their aim has become to force the mortal world to serve them. Soon, what was once mere paranormal fantasy will become reality for all of humanity within the Forever Girl world. 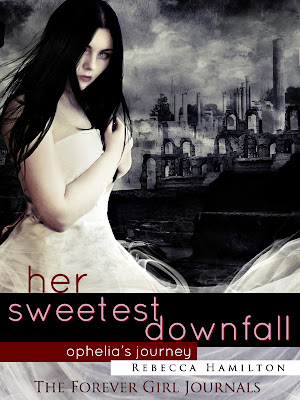 Ophelia’s been successful at hiding her true identity, until the mark of the serpent appears on her neck—a death sentence, should it be seen by anyone in her town. Hiding the mark might save her from falling victim to the witch hunts of her era, but the scorching sensation it carries can’t be ignored.

When the mysterious Ethan is sent to collect her for a life of something more, she learns concealing the mark is the least of her worries. She’s destined to don a new mask—to join a dark, supernatural world and protect the future of people she may never meet.

What she doesn’t know—what she learns too late—is that her initiation won’t be complete until she kills the man she loves.

Set in an alternate Regency England, “”Her Sweetest Downfall”” is a standalone novella in the “”Forever Girl”” series, written as a gift to fans of the Forever Girl series.

HER SWEETEST DOWNFALL will appeal to lovers of paranormal romance, fantasy, and vampire fiction. 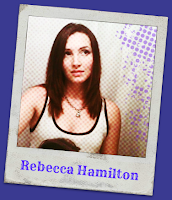 Rebecca Hamilton writes Paranormal Fantasy, Horror, and Literary Fiction. She lives in Florida with her husband and three kids, along with multiple writing personalities that range from morbid to literary. Having a child diagnosed with autism has inspired her to illuminate the world through the eyes of characters who see things differently.

Giveaway provided by author
One ecopy of Her Sweetest Downfall by Rebecca Hamilton
Enter via widget below:
a Rafflecopter giveaway