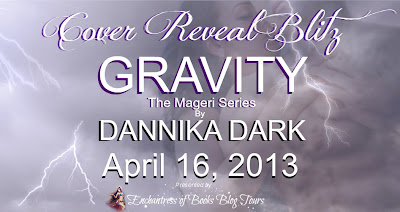 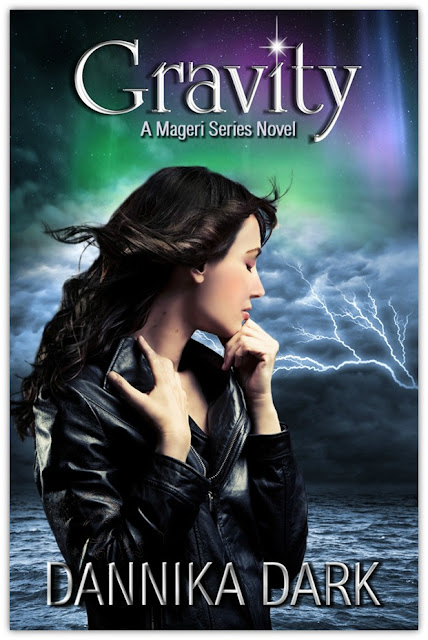 Teaser…
He twirled a lock of my dark hair between his fingers, bringing the soft tendril to his nose as he drew in a deep breath.
“Do I still smell like lemon cake?” I asked. My fingers wandered along the tight muscles on his arms, sliding underneath the sleeves of his light grey T-shirt.
He suddenly crouched low and ran his nose along the length of my body—close and inviting. God, I loved it when he did that.
Smelled me.
What a strange thing to love about a man. The gesture felt erotic and the tiny hairs on my arms would stand up. With each inhale, his soft purr rumbled and I pulled his face close to mine, planting a soft kiss on his warm cheek. He caged me with arms that had once climbed a thirty-foot tree with blinding speed to rescue me—his agile body leaping from branch to branch as he held me tightly to him.
“Put your mouth on mine, Little Raven. I’m ready for a taste of lemon cake,” he said in a deep and tumbling voice.
“Maybe I’m not so sweet,” I whispered, wetting my lower lip with a sweep of my tongue.
Logan’s eyes followed every movement, and he licked his lips in response. “I want your mouth… on my mouth. Do it, or else I’ll have to find something else to kiss.”
***
Buy the Book:
Amazon | B&N 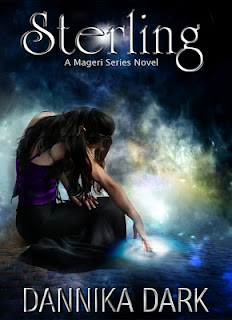 Zoë Merrick lived a less than ordinary life, until late one night, she was brutally attacked and left for dead.

A man named Adam spotted her running down the road covered in blood, and took her under his wing. Zoë didn’t just survive that night – she underwent a physical transformation and acquired strange new abilities. Severed from her old life, her frustration grows as she tries to comprehend what’s happening to her.

Serendipity leads her to Justus. He’s handsome, arrogant, and not entirely human. Zoë learns the truth about what she is, and just how dangerous their world is for a young Mage. The only way she will understand her power is by putting her trust in this man, and accepting the protection he offers.

When her immortal freedom is threatened by the one man who has a right to claim her, Zoë learns the price of freedom…and the value of loyalty. 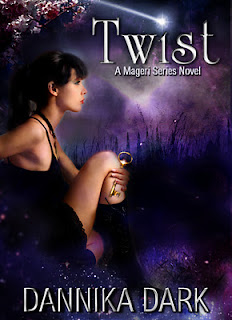 Months after moving to the mysterious city of Cognito, Silver is developing her gifts as a Mage, and learning how to live under new laws. Forced to give up her old life, she must now live in secret among the humans. She finally has hope of leading an ordinary life . . . until Logan Cross walks into it.

Their chance meeting leads her close to discovering the identity of the nameless Mage who once stole her light and discovered the unique power she possesses. That knowledge poses an unimaginable threat to Silver, fueling her search to find out who he is, before he finds her first.

Lives are at stake. Truths are revealed. And an unexpected passion ignites. 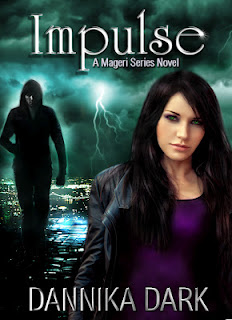 Impulse (Mageri Series, #3)
Almost one year ago, a Mage attacked Silver and changed the course of her destiny.
Immortals exist, and now she is one of them.
Within the dark and supernatural city of Cognito, Silver is living under the watchful eye of her Ghuardian and dating her mortal enemy. Neither man can protect her from a dark secret, one buried within the contents of a box. As rival factions struggle to gain control, she finds herself in the middle of a centuries-old feud that threatens to drive a wedge between her and Logan Cross, the man who intends to seduce her.
In an explosive turn of events, one life is saved and another is forever altered. Can Silver trust those around her, or are they hiding a dark secret of their own?
Goodreads | Amazon | B&N 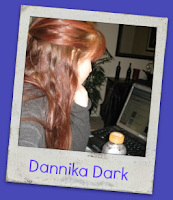 Down in Texas, there’s a woman who drinks copious amounts of vitamin water placed precariously close to her laptop. Yeah, I know. I’ve got a drinking problem. Hi, I’m Danni.
When I’m not writing (which is all the time), I’m listening to obscure music, watching movies, reading, discovering new ways to humiliate myself bowling, and burning up my laptop battery on the internet. I live with a cat who thinks she is a dog, or a goat (she eats plastic, so I’m not sure which).
Some people count sheep when they have insomnia. Since I was little, I used to make up stories in my head in a futile attempt to bore myself to sleep. The problem was, I’d get so wrapped up in my “head stories” that I would continue them through the following nights, changing it up each time to make it more exciting. Eventually, I started writing my ideas down more and more, creating short stories which evolved into poetry.
Lots and lots of poetry. It’s almost embarrassing that I have an entire box loaded with spiral notebooks filled with furious, heartfelt, and blushing words. Apparently, I had a lot to say.
Another one of my hobbies is digital art. I designed all my book covers.
I am finally doing what I have always wanted to: giving my characters a pulse through publishing. I write adult urban fantasy romance, but I don’t like labels. I let the story tell itself, and color outside the lines.
Do you love this series as much as I do?
Excited for Gravity? I’d love to hear your thoughts!