Posted 28 October, 2013 by Lori @ Romancing the Dark Side in Book Promotions, Giveaways / 9 Comments

Covets have all the sexiness, emotion, and happily ever after that readers have come to expect and love from Entangled. They are firmly grounded in the contemporary world, but each novel brings in supernatural twists, breaking the contemporary and paranormal rules, alike. To find out more about their titles, chat with authors, participate in special events, and to find out what books you’ll be coveting next, visit the Entangled website, follow them on Twitter, LIKE their Facebook page, and join the Book Club. 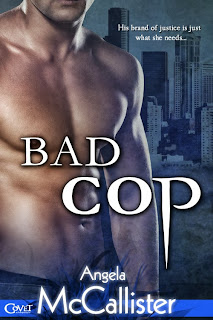 Vampire Ian McCready doesn’t care for Alice Capshaw’s opinions about his version of justice. Her humanity makes her off-limits, but that does nothing to lessen his overwhelming desire for her. To Alice, Ian is just another bad cop as detestable as the one who destroyed her family. She’s attracted to him, yes, but he threatened his way into her agency’s murder case and has too many secrets.

When a new case resurrects ghosts Ian believed long dead and buried, his law-bending ways might result in his execution. The second Alice becomes a target, his cold heart flares into blinding existence. But following the law for her sake may end with devastating results.
Amazon * Barnes & Noble * Goodreads 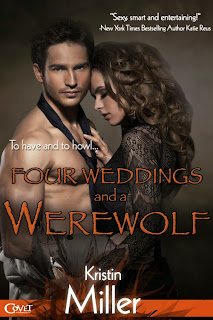 To have and to howl…

Logan Black, former Marine and bodyguard for the Seattle Wolf Pack, hates weddings and has no plan to walk the path to matrimonial misery. But when he’s hired to protect a hot-to-trot wedding planner with a werewolf stalker, he’s forced to put his feelings aside. Not such an easy task when the damsel can turn him on with a single smoldering glance.

Wedding planner Veronica Vale knows werewolves exist, but hates them. One bit her sister, changing their lives forever. When a sexy Marine shows his gorgeous face at one of her wedding appointments, Veronica finds it hard to focus on the task at hand.

The chemistry drawing Logan and Veronica together seems fated, but with Logan’s playboy attitude, Veronica’s hatred for werewolves, and a stalker lurking in the shadows, these two need more than passion to keep them together.