Happy Monday! Today I’m hosting a stop on The Circle: Blood Gift Book Tour, the first book in a new vampire series by Amy Burgess. If you’re a fan of dark urban fantasy and paranormal romance I highly recommend you add this to your shelf. Amy is sharing a little about the similarities between herself and her heroine Claire and there’s an awesome giveaway to enter so stick around and say hi to Amy!

In Blood Gift, Claire dreams of starting over. Hasn’t everyone at time or another wished they could wipe the slate of their life clean and being again? Only you never really can. Your past follows you whether you like it or not. How you deal with it determines your future and your now.

When I was writing this novel, I was running from my past. Six short months before I sat down behind the keyboard, I’d been living in New Orleans, Lousiana. I had a double shotgun house, my own study where I mostly played Sims and wrote in my journal. I had four cats, a backyard (usually choked with weeds), and a life I enjoyed.

New Orleans is a magical city and I’d made it my home. Then came Hurricane Katrina. And a twenty-hour drive to Texas. (This same drive normally takes five hours.)

My life crumbled just like the levees surrounding the city. As I struggled to make sense of the fact I would never return to my mint green house on Amelia Street, I turned to writing. I didn’t consciously make the story about a woman struggling to find Home, nor did I completely understand I was writing about myself. But I was.

Seven years later, I unearthed the manuscript of the novel I’d called The Circle. So much had changed. I’d sold the house, all four cats had died of old age or illness, my marriage was over, and I was living alone in an apartment in Houston.

I’d written several novels about a wolf shifter named Constance Newcastle, and I thought it might be time to resurrect The Circle.

Reading it back, I was struck by chaotic mindset at the time I’d written it. Things had settled down in my life since then and I’d found a measure of happiness and tranquility. Writing had much to do with that.

I rewrote the novel and created a new heroine – Claire. One that was not so transparently the me I wanted to be. I had the distance now to do the story justice.

Yet, I kept the core characteristic – Claire wants to find Home. But is home a place? Another person? Or is it somewhere deep inside yourself when you realize that your past doesn’t have to poison your future? 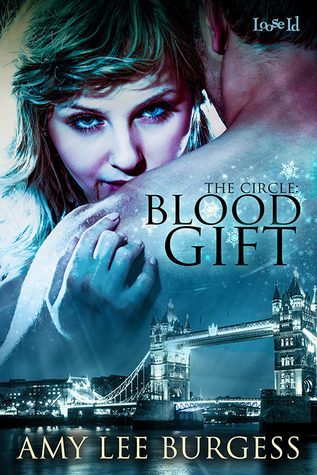 When Claire became a vampire, she hoped she could forget her abusive past. But her mentor, the sexy, perfect Parker destroys her dreams of a new start. Soon, Claire devotes her new found psychic powers to helping abused women.

Drawn to the mysterious and handsome Andre, another master in the London Circle and Parker’s archrival, Claire enters into a passionate clandestine affair which causes her powers to ramp out of control. Wild, sensual sex morphs into something deeper and, for Claire, terrifying. Andre soon discovers her abilities and realizes he is her trigger–the one vampire in the world who can help her control her spiraling powers.

Bonding with him requires Claire to trust and accept his love, two things she cannot bring herself to do. The gift of love is something her past won’t allow her to accept. Even so, Andre will have to reach her in time to save her life or stake her when her powers drive her insane.