Welcome to my blog tour stop for THE ANNA WOLFE SERIES by Casey Keen, hosted by Paranormal Cravings Book Tours. Today I’m handing the blog over to Casey who is sharing some trivia on the setting of her series, the beautiful city of Savannah. Show Casey some love in the comments and enter for a chance to win an ecopy of books 1 and 2! Happy Monday book junkies <3

Since The Anna Wolfe Series (“I’ll Be Damned” and “Saved by the Spell”) takes place in charming Savannah, GA, I thought it only made sense to divulge a few fun facts about this dreamy city:

1. Savannah was founded in 1733 by General James Edward Oglethorpe, who came here from England.

2. Oglethorpe was responsible for the grid layout of Savannah and it was coined as America’s first “planned” city!

3. Scenes from Forest Gump were filmed in many of Savannah’s magnificent squares. Most notably, was the scene where Forest uttered one of the most famous movie lines to date, “Life is like a box of chocolates…” He just happened to be sitting on a bench in Chippewa Square (which, by the way, is beautiful)!

5. Beauty really does save lives! During the Civil War, General Sherman marched right through Savannah. He was so amazed by this city’s beauty, that he offered it to President Lincoln as a Christmas present (best present ever)! This is one of the main reasons Savannah wasn’t destroyed during the war.

6. The ‘Bird Girl’ statue was featured in the book Midnight in the Garden of Good and Evil. This book’s plot was based on events that occurred in Savannah in the 1980s. Since then, the famous statue was moved from Bonaventure Cemetery to the Telfair Museum of Art.

7. Ahoy! The Pirates’ House was a meeting point for numerous pirates and sailors from the Seven Seas. Here, they would drink and discuss business as it pertained to their travels. It’s now a restaurant.

8. Savannah’s Historic District was designated as a National Historic Landmark in 1966! It’s also one of the largest in the US.

9. Savannah is the oldest city in the state of Georgia!

10. Savannah is referred to as ‘The Southern Belle of the Georgia Coast.’
Savannah is a timeless and elegant city. Although I return every year, I recommend that everyone should visit at least once in their lives! 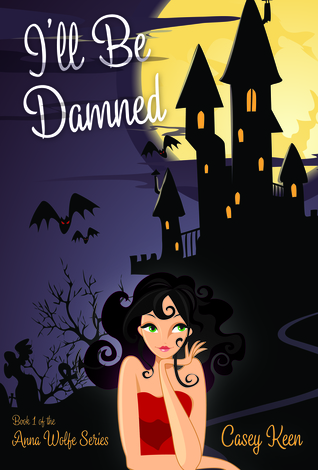 An impending war between Heaven and Hell looming around the corner.

A Grand Witch who has no idea what she is.

The Prince of Darkness’s obsession in claiming her.

As the owner of the coffee shop Deja Brew in Savannah, Georgia, Anna thought her life was ordinary. That is until her sister is kidnapped by a demon, prompting two handsome men to march into her life unexpectedly. Valen, the sinfully gorgeous, overprotective werewolf who is Anna’s sworn guardian and Roman, the most handsome and powerful Warlock in the entire Netherworld.

Suddenly, her world is stripped of everything she knows and replaced with frightening news about who she really is – a powerful Grand Witch. Now, it’s up to her to draw out her dormant magic, rescue her sister and stop an impending heavenly war threatening to eradicate the human race all while staying alive. 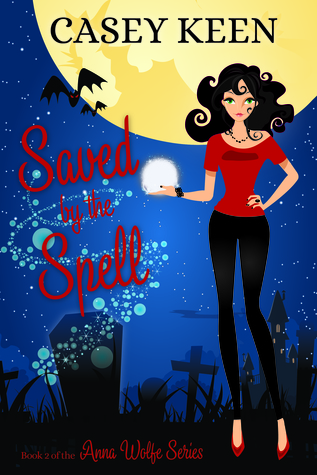 A Grand Witch behind bars.

A stunning Werewolf and a devilishly handsome Warlock’s pursuit for her affections.

You think you have it bad? Grand Witch Anna Wolfe awakens to find herself imprisoned by Micah, the Prince of Darkness. Micah’s on a quest for world domination—and it’s not just the Netherworld that’s in danger. The human world is threatened as well. Now, it’s up to Anna to escape from Micah’s clutches so she can locate The Scholars and an ancient book before both fall into the wrong hands.

With a fiercely loyal Werewolf and immensely powerful Warlock by her side, what can go wrong?
A lot apparently.

If fighting off the Prince of Darkness wasn’t enough, Anna’s emotions are a whirlwind, as she battles between what fate demands and what she actually wants. I was born in Philadelphia, PA and grew up in the suburban outskirts of this amazing city. I love anything paranormal and/or supernatural – seriously I live in Philadelphia! For those of you who don’t know, this city is an awesomely haunted place! This healthy paranormal addiction has provided me the motivation to write my first book, “I’ll Be Damned.”

I graduated from Drexel University with a Bachelor’s Degree in Psychology and I’m currently working on the Anna Wolfe Series.