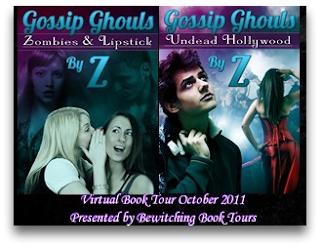 Happy Halloween to all my Romancing Ravens!
Author Z is promoting her dark, yet fun Gossip Ghouls series and has a special Halloween post with some fabulous fashion tips for the non-living! Don’t forget to get your Halloween Treat, a free copy of Zombies & Lipstick (keep reading…) and show Z some love in the comments!

Killer Outfits For The Undead Diva
by Z, author of The Gossip Ghouls series

5. Loaded Stilettos.  These cherry stilettos complement any Versace dress.  Better yet, they come complete with inserted blades on the toe and heels that will finish off even the nastiest troll.  Highly recommended for the novice hunter.

4. Poison Perfume for the Pesky Pervert.  Rather keep your BFF’s vamp boyfriend at a distance?  Put a little of this special Dior fragrance on and make sure he gets a whiff.  Once he realizes you smell like you haven’t showered in a week, his repulsion–and death–should be immediate.  Better yet, there’s no bloody mess to clean up after.

3. Fire-breathing dress.  Want a dress that looks stylish and burns the flesh off vampires at the same time?  Look no further than this sexy little number, modeled on a Valentino haute couture evening dress.  It accentuates a lady’s curves while luring an unsuspecting vampire to his fiery ruin.

2. Chain Whip Exploding Purse.  Wondering why you can’t combine taste with torture?  This sleek Calvin Kline handbag comes equipped with a detachable chain whip that will subdue even the mightiest ghoul.  Better yet, ask any annoying undead guy to hold your purse and run.  This baby blows up any male ego within a hundred-feet radius.

Think again.  This lightning wielding bra is perfect for the intoxicated werewolf who just won’t stop humping your guests’ legs.  It’s the perfect finish for any party!

GOSSIP GHOULS – Book One by Z 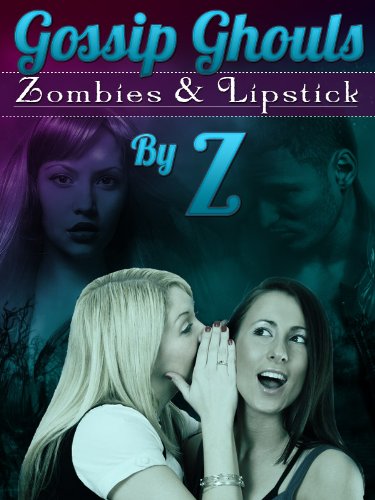 Zombie punk Z wakes up in her designer coffin to learn that Vampie, the undead Paris Hilton wannabe, killed her. At first, Z believes this attack stems from Vampie’s jealousy over Z’s boyfriend. Soon, Z learns Vampie’s master plan: stealing Z’s boyfriend while eliminating werewolves and zombies altogether. Z decides to pose as Gossip Ghoul to get revenge on the billionaire vampress. Impersonating Vampie’s party girl cousin, Z enters the world of the super wealthy, of birka bags and designer fangs, of Parisian shopping sprees and lavish parties. Will Z be exposed before she texts Vampie’s scandalous secrets to the undead world? Or will Z vanquish Vampie to once again make the high school of the living and the undead a safe and fashionable place for all?
Download for free: 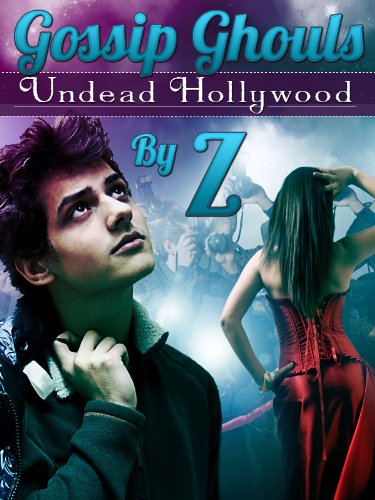 In this sequel to The Gossip Ghouls: Zombies and Lipstick, Z finds herself heading for the Hollywood A-list. There’s just one problem—to get there, she has to join The Club, a studio system run by the vampires who rule Undead Hollywood. During a wild party, Z learns that the entire film industry is truly run by the undead, some of whom plan to stage a war against the living to reclaim their old Hollywood status. Z must fight against parodies of Hollywood stars of the past in TV’s Undead Idol to save her new husband’s life and to reclaim her status as the zombie it girl.
Get Book 2 on your Kindle for Only $0.99 here:

Excerpt from Zombies and Lipstick
Book 1 Chapter 1
Never make out with a chick’s boyfriend at her own funeral.
I mean, it should be a law somewhere up there with not stealing another girl’s lipstick or swiping her bra.
It’s just wrong. And anyone with the least degree of common sense, living or dead, should just know it—without the corpse having to spell it out for them.
But apparently these girls never got the text message because there I was, lying in my designer coffin, complete with gold trim, cell phone in hand, seeing every word they texted while they were supposed to be crying for me. Everyone knew that dying was the one way for any girl to become popular, no matter how much of a pariah she was, but these chicks were cold, colder than I was, and I was the freakin’ corpse.
Dead people were supposed to have friends all over—suddenly, everyone knew you, everyone could recall a memory where you brightened up their otherwise crappy day. It was like being prom queen for a day, no matter how you looked. And there was Vampie, the filthy rich—and rich, filthy—blonde, trying to take it all away from me.
You might be wondering, unlike Vampie and her clique, say, what rendered me lifeless? What exactly took the life of a perfectly tanned and scrumptiously attired sixteen-year-old with a whole life to give to the wonders of fashion? Why was it that school was canceled today so that Auburn Heights High kids could attend the funeral of second girl to die in just as many months? I’d have an answer if you bothered to ask, but leave it to Vampie to spread as many rumors as her stubby little fingers could text.
Let me dispel the rumors for you.
Rumor #1: Z—that’s me—was drinking, smoking, and puffing so much she poisoned her body.
Now this rumor was just stupid. Yes, there was a party. And yes, I went. But no, I wasn’t drinking—or won’t admit it—and I never touched drugs. It’s not like Vampie would know—she was too busy making out with any guy who happened to come her way.
Email Rumor #2: Z ended up dying because she was getting so fat her bod couldn’t take it anymore.
Now this one just made me want to scratch Vampie’s eyes out. Vampie weighs more than me any day of the week, twice as much on Sundays, and she was always jealous that I was able to stick to a diet. Especially when Brent Stoker, her so-called ex-boyfriend, ended up taking notice. I suppose that’s what started it all. Vampie, with the largest mansion on the hill, never loses a guy, and so she had to bury me by text.
So if the rumors aren’t true, what really happened?
I wish I knew. I was standing there at the party, waiting for Stoker to show, and something was stalking me in the shadows. At first, I thought it was just Vampie and her clique. But there was something different, something darker, about this shadow, as if it was out for blood. Whatever it was, whoever it was, struck fast, pierced me so hard I felt like I was popping out of my own skin. So there I was, dead. It was so humiliating to die at one of the biggest parties of the year, but what could I do: get red all over and wish I was dead?
So I just lay there, hearing everything, feeling everything, but unable to move. Until I woke up in a casket as the dean of students took the podium—even at my own funeral, I couldn’t get rid of him—and started talking about what a shining light I was for the school and how Auburn Heights High would miss me and raise scholarships in my honor. If I hadn’t known it was me, I’d have thought the girl Dean Morris was talking about was a saint and I would’ve missed her too.
I must’ve been headed in the other direction, though, because the first thing I know I’m looking at my phone, propped as it is in my cold, dead hands, seeing all of Vampie’s texts, and then a single message that stood out from them all: Do you want to start a few new rumors?
How could I answer that one? I mean, who doesn’t?
I’ll meet u 2night at flying angel’s headstone,the text read.
I wanted to ask who this messenger was, exactly, or how I’d recover my senses, how I’d get out from a great big mound of earth. But something in me knew: I had to go.
How many chances does a dead girl get to meet her killer?
***
Read more HERE.

A big thanks to Z for stopping by and to my Romancing Ravens:
Don’t forget to Romance the Darkside this Halloween!