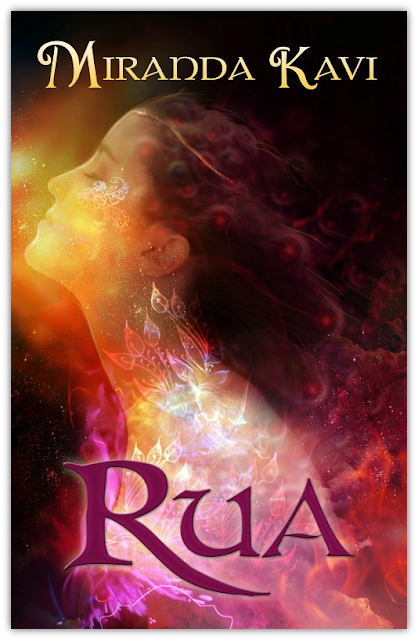 A girl with an unknown destiny.

A boy from a hidden world.

When Celeste starts at a new school in a small, Kansas town, she hears whispering voices, has vivid nightmares, and swarms of blackbirds follow her every move. She is oddly drawn to aloof Rylan, the other new student who has his own secrets. The exact moment she turns seventeen, she wakes to a bedroom full of strange creatures, purple light emanating from her hands, and Rylan breaking in through her bedroom window.

Intriguing and deeply romantic, RUA is page-turning YA novel with a supernatural twist.

The colors in this cover are spectacular! It’s iridescent colors add a touch of magic and really draw you in. There’s a fae element to the girl portrayed with the intricate markings but I also get a sci-fi feel when I look at it. I wouldn’t think twice about picking this one up at the book store! Feel free to share your thoughts in the comments! 😉

Miranda Kavi is a YA and Urban Fantasy author. She has worked as an attorney, an executive recruiter, and an assistant in a biological anthropology lab. She loves scary movies, museums, and is hopelessly addicted to chocolate. She lives in the Houston area with her husband and daughter.