Welcome to my stop on Felicity Heaton’s Vampirerotique Summer Book Tour! Ms. Heaton is here to formally introduce her feisty heroines of the Vampirerotique Theatre..you won’t want to miss these leading ladies and a chance to win some great prizes. 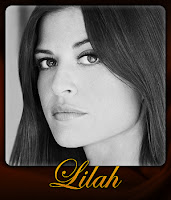 Lilah is a human owned against her will. Lord Ashville took her from her life of misfortune and gave his blood to her without her consent, forming a bond of master-servant between them that can only be broken by death. A strong and courageous woman, Lilah refuses to let Lord Ashville’s ownership of her wreck her life. When he grows tired of her behaviour and sends her to work at Vampirerotique, she sets eyes on a certain sexy Spaniard and develops feelings for him, even though he’s not only her boss but forbidden by law. Lilah knows the risks and tries to resist her desire for Javier, but when she finds herself alone with him, she can’t bring herself to care about the consequences. She would rather have Javier for a short time than never know his touch or his kiss.
Lilah’s story is Covet. 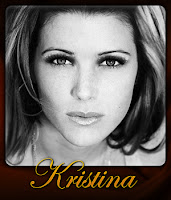 Kristina is a werewolf and she’s on the run from her pack because her alpha has decided he wants her to bear his child, and he isn’t giving her any choice in the matter. She’s a strong, independent woman who will bow to no one, but she has deep-rooted fears too, and it’s those that keep her from connecting to anyone on a more intimate level. A courageous werewolf, she has spunk and determination, and likes to toy with males. When she finds herself in the city of romance and being silently pursued in the nightclubs, Kristina thinks that it’s her alpha’s doing, but her admirer turns out to be a tall, dark and dead sexy vampire, and rather than despise the feel of his eyes on her, she craves it with a ferocity that astounds her. Always willing to go against convention, Kristina turns the tables on Callum and brings the seductive vampire to his knees.  Kristina’s story is Crave. 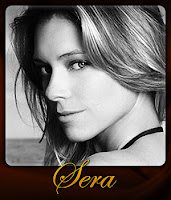 Sera is an elite vampire, and she’s practically a baby as far as most are concerned. Turned only thirty years ago by a former star of Vampirerotique, Sera has been too busy learning what it takes to be a vampire and settling into her extraordinary new life and world to care about any serious relationship. Until she sees Antoine for the first time. Sera has never had confidence, and blushes at the stage shows at Vampirerotique and can barely bring herself to watch them. She’s shy and reticent, but when push comes to shove, she finds her inner goddess in order to shatter the ice encasing Antoine’s heart and sets out to seduce him. She’s a woman who will do whatever it takes to get what she wants, but underneath her newfound confidence is still a heart that beats with warmth and feeling, and when she uncovers the terrible secrets that were hidden in Antoine’s dark heart, she will do whatever it takes to heal the scars of his past.  Sera’s story is Seduce. 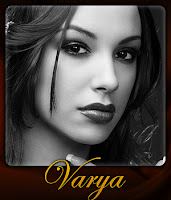 The last heroine I can introduce for now is Varya. A succubus with several centuries of life and even a fae king notched on her headboard, Varya is all about fun. She embraces everything her species adores—passion, love, debauchery and decadence—but has learned not to take things too far over the past century. Her kiss is enough to melt most men, and sex with her will kill all but the strongest. Having grown tired of killing men with her passion, she has focused on gaining sustenance through less lethal means. She’s always looking for a party, but like any good succubus, she follows the rules of her clan, that is until she decides to take a risk and teleport into Vampirerotique during one of the performances. When the glamour keeping her invisible weakens, alerting any vampire over several centuries old to her presence, Varya ends up locking eyes with a sensual vampire who heats her blood and sets body on fire, but who is forbidden and might just be the end of her—Andreu. Varya’s story is Enslave, and it’s due for release on August 4th.
I hope you enjoyed this introduction to the heroines of the Vampire Erotic Theatre series. I wish I could talk more about the remaining two heroines, but alas I have to keep them secret for now.
***
Be sure to follow this fantastic tour between June 28th and August 25thto learn more about the passionate heroes, wicked heroines, and life at London’s premier vampire erotic theatre! You can also find yourself in with a chance to win a $50 or $25 Amazon Gift Certificate if you follow the tour. More details, including how to enter and a full list of stops, are available at the Vampirerotique Summer Book Tour page:  http://www.felicityheaton.co.uk/vampirerotique-summer-book-tour.php
Covet, Crave and Seduce are all available in paperback, and in ebook from Amazon Kindle, Barnes and Noble Nook, Apple iBooks and Kobo. Enslave is now available from Amazon Kindle and will soon be available from other retailers. Excerpts are available for all of the current releases in the series, so you can get a taste of these wicked erotic romances. 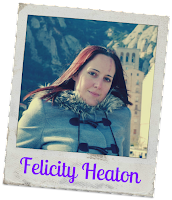 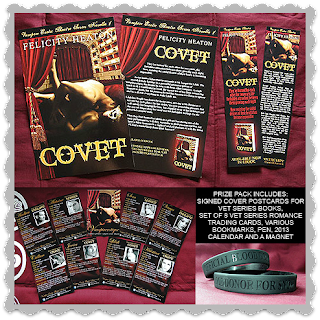 Enter via widget below
a Rafflecopter giveaway
Check out the entire Vampirerotique Summer Bok Tour schedule by clicking below: 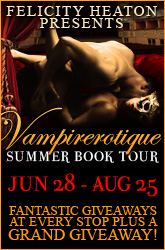