Today I’m hosting a stop on The Weird Girls Blog Tour. This new urban fantasy series features four feisty sisters you’ll instantly love and plenty of thrill rides to keep you guessing. Read on for more on this must – read series and be sure to check back for my review that includes an awesome giveaway!

THE WEIRD GIRLS SERIES
“Every woman has an inner tigress–that part of her that gives her strength and helps her to survive despite all odds . . . I’m just able to bring mine to the surface.” – Celia Wird, SEALED WITH A CURSE: A WEIRD GIRLS NOVEL 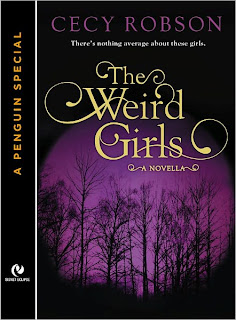 Celia Wird and her three sisters are just like other 20-something girls—with one tiny exception: they’re products of a backfired curse that has given each of them unique powers that make them, well, a little weird…

The Wird sisters are different from every race on earth—human and supernatural. When human society is no longer an option for them, they move in among the resident vampires, werebeasts, and witches of the Lake Tahoe region. Could this be the true home they’ve longed for? Um, not quite.

After the sisters accidentally strip a witch of her powers in a bar brawl, they soon realize the mistake will cost them. Because to take on a witch means to take on her coven. And losing the battle isn’t an option. 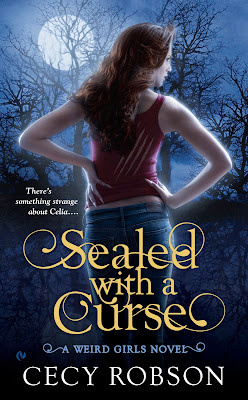 Celia Wird and her three sisters are just like other 20-something girls—with one tiny exception: they’re products of a backfired curse that has given each of them unique powers that make them, well, weird… 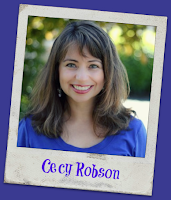 Cecy (pronounced Sessy) Robson is an author with Penguin’s SIGNET ECLIPSE. She attributes her passion for story-telling back to the rough New Jersey neighborhood she was raised in. As a child, she was rarely allowed to leave the safety of her house and passed her time fantasizing about flying, fairies, and things that go bump in the night.
Gifted and cursed with an overactive imagination, she began writing her Urban Fantasy Romance Series, Weird Girls, in May 2009. THE WEIRD GIRLS: A Novella, debuts December 4, 2012 followed by SEALED WITH A CURSE, December 31, 2012, and A CURSED EMBRACE, July 2, 2013.
THE WEIRD GIRLS SERIES BLOG TOUR SCHEDULE