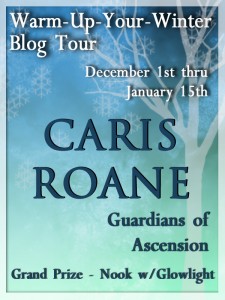 Happy Friday everyone! Today I’m super excited to welcome author Caris Roane who has stopped by on her Warm-Up-Your-Winter-Blog-Tour.

Ms. Roane is promoting her latest book in the Guardians of Ascension series, Gates of Rapture (don’t be fooled by the winged heroes on the covers…it’s not what you think!) and has a little background on the book to share with us, along with a teaser excerpt.

What makes this tour even more awesome? There are a bunch of fantastic prizes to be won throughout the tour so be sure to check out all the stops. So lets get onto the good stuff…

Hi, everyone! I want to thank Romancing the Dark Side for having me today as part of my WARM-UP-YOUR-WINTER BLOG TOUR. On most of the blogs on this tour, I’ll be revealing excerpts from the sixth book in my vampire series called, GATES OF RAPTURE (12/24). I created the tour with the hope that you might get to know my Guardians of Ascension, who are my most beloved winged vampire warriors. I know the covers have wings on them, but the books aren’t about angels AT ALL…just vampires…with wings. I also have goodies for you to win, details to follow! 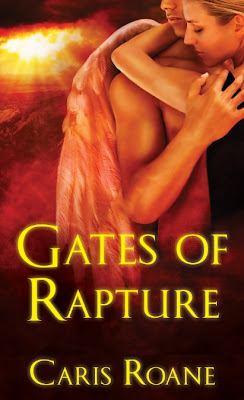 Today’s excerpt comes from the opening of chapter seven. You’ll notice that I start the chapter with a proverb that comes from a Fourth Ascender, named Beatrice, known for her wisdom. Beatrice has even counseled Grace over the previous several months. All of the chapters of the Guardians of Ascension novels open with a poem or a proverb or sometimes an excerpt from Beatrice’s memoirs. As for the excerpt, you’ll get a glimpse into one aspect of this paranormal world that I call ‘deep mind engagement’. The italicized words in this excerpt indicate telepathic communication. But Leto’s purpose in being inside Grace’s mind is to open up her blue obsidian flame power, a concept I’ve been developing over the course of the last three novels. Grace’s power, once opened, will allow her to participate in an obsidian flame triad. See what you think about Leto’s delve into Grace’s mind…

To set a course and stay the path
Sets the angels of heaven to rejoicing.
Collected Proverbs – Beatrice of Fourth

Chapter Seven
Grace stretched out on the bed and folded her hands over her stomach.  Leto joined her.

Leto was a powerful vampire and within seconds he had pushed inside her mind.  She could feel him at the outer boundaries of her thoughts, seeking, finding his way.

She took deep breaths and made sure that all her mental shields lay flat.

What am I looking for? He sent.

Wow, your voice is so clear because you’re inside my head.  It always surprises me that there’s a difference.

Leto chuckled, but she wasn’t sure if it was audible or within her mind.  His presence was like warm water, very soothing.  That surprised her as well.  He was so physically strong that she had been certain once inside her mind he would feel like a bear pushing around and foraging for things.  Instead, his presence reflected the gentleness and kindness of his character.

You seem to be thinking very hard, he sent.

Oh, sorry.  Have I made it impossible for you to find my obsidian power?Yes.  I’m blocked at every turn.

She forced herself to relax and once more lowered her shields.  He moved through her mind back and forth, searching her thoughts and memories, hunting.

Grace, I can’t seem to locate the seat of your power.

Marguerite said that her power was deep within her mind, down a long tunnel.

I’ve been through your mind.  There’s nothing there that I would call a tunnel, just your memories and a sense of who you are, your thoughts.  But I don’t see a tunnel or an opening of any kind.

You don’t see anything?  No glow of light?

Both Marguerite and Fiona had spoken to her of long tunnels at the end of which were the vessels that contained their power.  Fiona’s had been filled with gold light and Marguerite’s with red.  Marguerite had also told her that for whatever reason, these aspects of power were very sexual in nature and that they had strong sheaths that had to be broken to release the power.

Yet apparently Grace didn’t share the same kind of structure.  Where do you think it could be, Leto, if not within my mind?

What about your soul? You have to admit that you’re unique in our world, Grace.  Among all these powerful ascenders, you have always charted your own path, followed your own passion, served your communities in different ways.  Essentially, you lead with your soul and you’re able to see into the souls of others.

I think you’re right and I can sense what you would need to do to reach my soul.  But the truth of it frightened her.

What’s wrong?  I can feel that you’re afraid.

She would have to open herself up as she had never opened herself up to anyone in the entire course of her life. In essence, Leto would know all of her secrets and there was at least one that still haunted her.

I hope you enjoyed the excerpt!  I’ve had an extraordinary time creating and writing this series!  Let Guardians of Ascension be a new journey for you.  GATES OF RAPTURE releases on December 24th.
To Learn More about Gates of Rapture and to read the opening chapter:  CLICK HERE!!!
To Order GATES OF RAPTURE   Amazon  Barnes & Noble   iTunes 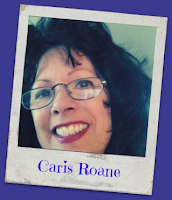 I was ten when I first watched an old movie version of PRIDE AND PREJUDICE and loved it!  Movies led to books, which led to writing and after a good long while, publishing.  I wrote sweet Regency romance for Kensington for 19 years and recently fell in love with paranormal, although I’ve always had a thing for vampires.  I currently write paranormal romance for St. Martin’s Press but I self-publish as well.  Building an online platform has been an enormous but rewarding challenge.  I think all the changes in publishing will alter how authors approach the business going forward and I for one am thrilled to have so many options.

Here are the giveaway details (all international with appropriate compensatory prizes as needed):

The contest at each site will last 3 days only, and those dates will be listed on the Rafflecopter form as well!!!

For links to all the other blogs on the tour:  CLICK HERE!!!

The Grand Prize Drawing – VERY IMPORTANT:  to be eligible for the Grand Prize drawing of the Nook with Glowlight, you must leave a comment at the bottom of this blog! (And for more chances to win the Nook, you can go to every site on the tour and enter that many times—totally up to you!  But comments must be left!) The grand prize drawing will be selected by random.org in the following manner.

On January 18th, three days after the tour ends, I will enter the number of blogsites into the random number generator, which will deliver up the winning site. I will then go to the winning site, count up the comments one by one, and enter that number into random.org. Random.org will then provide the Grand Prize winning number matched to the comments on the winning blogsite. This means, that if you travel to all the blogs on this tour, you can enter the GRAND PRIZE contest on every single blog you visit by leaving a comment at each blogsite!

The Goodies as listed on the Rafflecopter form are :  a $10 gift card to Barnes & Noble (or similar for International),  a replica, antique typewriter key bracelet that spells ‘dream’,  a signed copy of ASCENSION (the first novel in the Guardians of Ascension series), Romance Trading Cards and bookmarks. 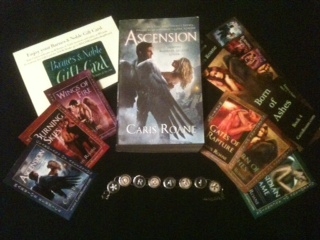 The Grand Prizedrawing for a Nook with Glowlight, will take place on January 18th, three days after the tour officially ends! 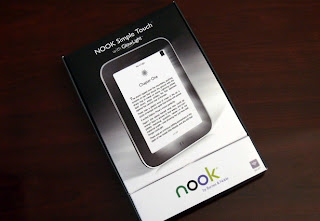 For links to all the other blogs on the tour:  CLICK HERE!!!
* * *   * * *   * * *
Again, to be eligible for the Nook with Glowlight, leave a comment below like this: carisroane at gmail dot com! Good luck to all!
Enter via widget below
a Rafflecopter giveaway