Welcome to my stop on the Grave Intentions Virtual Book Tour, hosted via Bewitching Book Tours. Today I have the pleasure of introducing you to Sarah, the heroine of Lori Sjoberg’s new paranormal romance release, Grave Intentions. There’s also an excerpt and a giveaway waiting for you at the end of this post…enjoy!

Hi!  I’m Sarah Griffith, the heroine of Grave Intentions.  Lori asked me to stop by today and tell you a little bit about myself.

I’ve been a skeptic for as long as I can remember.  As a kid, I questioned how Santa could possibly deliver toys to children all around the world in the space of one evening.  And I really wanted to know the physics behind reindeer flying.  (Don’t get me started about the Tooth Fairy.)  It used to drive my Grandma Pearl up the wall.  To her credit, she came up with some pretty creative explanations, ones my young mind could accept.

That inquisitive nature followed me into adulthood.  It’s what motivated me to pursue a career in medical research.  Well, that and my mother.  She died when I was seven, and the circumstances surrounding her death have haunted me ever since.  I’m close to a big breakthrough in my research, and if my hypothesis proves correct, I’ll never have to worry about the genetic time bomb ticking within my DNA.

I’m still reluctant to believe in anything of the supernatural nature.  Like UFOs, or Bigfoot, or things that goes bump in the night.  I certainly don’t buy into the psychic visions my grandmother swears she sees on a daily basis.

Imagine my surprise when I learned my next-door neighbor is an agent of Death.

Yep, that’s right.  David, the eye candy who lives in the apartment next to mine, is none other than the Grim Reaper.  Well, he’s not the Grim Reaper.  There’s more than one.  But he’s the leader of the group of reapers working the Central Florida area.

I bet you’re wondering how I handled the news that my neighbor harvests souls for a living.  Well, you’re going to have to read Grave Intentions to find out! He’s handsome, reliable, and punctual-the perfect gentleman when you want him to be. But this dream man is Death’s best agent-and now he’s got more than his soul to lose …

One act of mercy before dying was all it took to turn soldier David Anderson into a reaper-an immortal who guides souls-of-untimely-death into the afterlife. But the closer he gets to atoning for his mortal sin and finally escaping merciless Fate, the more he feels his own humanity slipping away for good.

Until he encounters Sarah Griffith. This skeptical scientist can’t be influenced by his powers-even though she has an unsuspected talent for sensing the dead. And her honesty and irreverent sense of humor reignite his reason for living-and a passion he can’t afford to feel. Now Fate has summoned David to make a devastating last harvest. And he’ll break every hellishly-strict netherworld rule to save Sarah…and gamble on a choice even an immortal can’t win.

An Excerpt from Grave Intentions

The accident had blocked traffic in all directions, creating a rush-hour nightmare that would take hours to unravel. David wove a path between the idling vehicles, leaving Adam no choice but to follow in his wake. The stench of gasoline grew stronger as they got closer, until they reached the intersection and the scene came into view.

It was a wonder she was still alive. The young woman’s broken body lay pinned inside the wreckage, the steering wheel crushing her chest like a vise. Her ribs were shattered, puncturing her lungs, making each desperate gasp increasingly painful.

Her passenger got the better end of the bargain. He died on impact; his mangled remains barely recognizable among the tangled heap of metal. Already, his soul was separating from his body, confused and chaotic in its search for some semblance of order.

David rounded what was left of the front end and sank down beside the passenger side door. “Take the driver,” he ordered Adam before turning his attention back to the passenger.

“How?” Adam kneeled down by the driver’s side window, taking in the sight of a life soon to expire.

“Just do it like I told you!” David barked, too occupied to hold his trainee’s hand. Already, a crowd was forming, human vultures eager to witness carnage, so long as it wasn’t their own. Sirens wailed in the distance as emergency vehicles rushed to the scene. They needed to finish the job and get the hell out of Dodge before the cavalry arrived or anyone got suspicious.

David opened himself up and the soul swept into his body, drawn in by the unspoken promise of warmth and answers. He could feel its essence now, could feel the swirling tempest of love, hate, unfulfilled hopes and dreams, and regrets. When the soul realized its body was gone, there was a sharp spike of bitterness, disappointment, and undiluted despair, and David thought, right there with you, pal.

“David?” Adam called out from the opposite side of the car. “A little help over here?”

It took him a few seconds to respond while he waited for the soul to settle down and make itself at home.

“Yeah?” David finally said once he regained his composure.

“Could you come over here, please?”

Moving around the back of the wreck, he crouched down beside Adam. His eyes tracked briefly to the dying driver, her breaths coming closer, her life force bleeding out. A trickle of blood seeped from the corner of her mouth, but she didn’t seem to notice or care. “What is it?”

David studied the driver for a fleeting moment, assessing her condition. Already, he could smell the sharp tang of Death, waiting to swoop down to claim its prize. “No, you can’t,” he said with a shake of his head. “She’s not going to make it.”

“How do you know that for sure?” Adam asked, his tone ripe with accusation. He tugged on the handle, but the door wouldn’t budge. “She’s still alive. If I can figure out a way to get her out of the car, maybe I can—”

“No, you can’t,” David interrupted, his patience exhausted. He grabbed Adam by the shirt collar and dragged him away from the window. “I know you mean well, kid, but let’s get something straight. You are an agent of Death, not the angel of mercy.” He gave his apprentice a good shake. “Stop acting like a Boy Scout and do your damn job. If you need to comfort her until she takes her last breath, that’s your choice, not mine. Do whatever the Hell you have to. But do not forget why you’re here.” He nodded toward the woman. “She will die, no matter what you try to do. Get over it.”

He let Adam go and shifted closer to the window. “Take it easy, ma’am,” he said calmly, digging deep for a slice of compassion but coming up with crumbs instead. “Adam’s going to take real good care of you.”

The woman’s gaze drifted up, distant and unfocused. Her mouth cracked open but no noise came out.

Then a strangled moan escaped her lips and her eyes went blank.

David grabbed Adam’s arm and dragged him over to the door. “Time to pop your cherry, boy.” 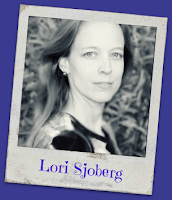 Growing up the youngest of three girls, Lori never had control of the remote. (Not that she’s bitter about that. Really. Okay, maybe a little, but it’s not like she’s scarred for life or anything.) That meant a steady diet of science fiction and fantasy. Star Trek, Star Wars, Twilight Zone, Outer Limits – you name it, she watched it. It fed her imagination, and that came in handy when the hormones kicked in and she needed a creative excuse for staying out past curfew.

After graduating from the University of Central Florida with a Bachelor of Science, Lori worked for nearly a decade in retail management. When that got boring, she switched to financial planning, and then insurance. The writing bug bit a few years later. After completing her first manuscript, she joined the Romance Writers of America and Central Florida Romance Writers. Now she exercises the analytical half of her brain at work, and the creative half writing paranormal romance. When she’s not doing either one of those, she’s usually spending time with her husband and children of the four-legged variety.