My name is Jaye and I’m here to talk a little bit about my latest release, Addictions of a Sex Demon. If you’ve read Confessions of a Sex Demon, you’ve already met Sephina. Hopefully you liked her because Addictions is her book. In the third book of my trilogy, we get more of the succubus and see her struggle with addiction. As a sex demon, she needs climax to survive, but it’s her dependency on drugs that’s causing her strife. After a nightmarish childhood, she’s become addicted to the only things that can take away the dark memories. So the last person she needs to meet is a dead-sexy drug dealer when her and her sister Zahra move into a new town to escape her troubled past.

Enter drug dealer/town healer Axel Stavros, who only deals to control what’s on the streets of his town. And there’s no way in hell he’s selling to Sephina after he lays eyes on her. Conflict much? When the dealer refuses her, Sephina doesn’t know whether to beat him or to sex him up.

I love the characters in Addictions of a Sex Demon because they are both flawed, and yet at their core, they are beautiful, compassionate, lively demons who just want what we all do. A happily ever after.

Find out if I give it to them 😉

Addictions of a Sex Demon is available as of February 18th, 2012. 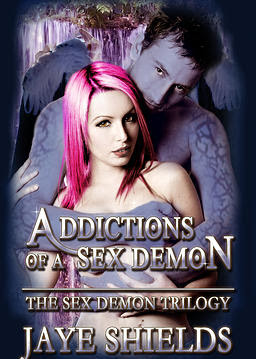 Sephina is about to trade one addiction for another—his name is Axel.

Moving to a new village was supposed to help Sephina Antara get clean. After all, she’d gotten into a lot of trouble as a sex demon with a drug addiction. This time her relapse comes with a side of hot dragon man.

Axel reached out and touched the soft flesh of the woman. He’d been given the gift of a hellion with the face of an angel. Her cheek fit perfectly in his palm as he cupped her face. Her eyes flickered in response, shifting from a playful, yellow glow to a deep, primal, amber hue. He drew his finger down her shoulder and observed the heated silk of her skin.

“You’re hot enough to be a dragon’s mate.” He spoke gently, afraid to spook her.

Her dainty hand swatted him away. “A sexual demon like you doesn’t need cheesy pickup lines.”

He frowned. “Your skin is very warm, woman. What are you?”

“I’ll tell you mine if you tell me yours.”

Axel appraised her and was happy to note that her climax had helped stop the trembling of her hands. But it would only be a matter of time before the effects of the withdrawal continued. “My name is Axel Stavros, one of the few quetzalem in this realm.”

He searched her face for a reaction, but found none. Instead, the firecracker ran a hand through her electric pink hair, mussing it up so that she looked like she’d just rolled out of bed. He groaned at the thought.

“Quetzalem, huh? Well, that explains the tasty BBQ smokehouse quality of your skin.” He frowned. There was no detecting how this woman truly felt about his intentions. “You are familiar with my breed then? Perhaps you know that once a year we go into heat for twelve hours, and during this time we need constant climax to fan the embers of the brimstone lacing our bones. If we do not, our brimstone dries. Never more can we get it back once the cinders turn to ash.”

“Well, it’s a good thing you found the sex demon in town, isn’t it?”

Of course. He should have guessed. She was too damn hot to be anything else; it was her young, innocent face that had convinced him otherwise. He’d already experienced the fire coursing through her veins like liquid passion, and he knew her claim to be more than true. It was an understatement.

He motioned for her to follow him. “Come to my home and I’ll give you what you need.”

That perked her up. No doubt she thought he meant the fae wing. “You know, sex demons can sympathize with your little problem. Except we have it worse. If we don’t get climax on a regular basis, we can weaken, and even die.” “I doubt you’ve ever had a problem with this.” His gaze raked over her sumptuous, goddess-like body. He instantly regretted the words when her yellow eyes swarmed with a deep orange and flecks of brown. She’d gone from carefree to tormented in only the breath of a sentence.

“I haven’t, but my sister Zahra nearly died just last month. She was tortured by someone who knew this information. Not everyone likes sex demons. Surely you can appreciate this, dragon boy, since your kind has been hunted to near extinction.”

Axel looked upon the woman in a new light. She wasn’t just a sensual hellion. She’d seen enough things in her obviously young life to be a woman who knew how to take care of herself. Contemplating what kind of hard times would have led to the thick skin she possessed fueled his veins with rage. Thinking of anyone hurting this beautiful woman brought a haze over his vision. Remembering her current condition, he took her hand in his, but she jerked it away.

He’d held it just long enough to realize the shakes had returned.

He’d seen enough withdrawal to know her insides probably felt as if they were soaked in acid, being pickled in bitter liquid need. Her mind would only be half-registering his words. The other half would be an evil mantra teasing her with the desire to make this itching of her skin and pain within her body go away.

“I’d been clean for a month, but I had a slip up the other day.” Her gaze flickered with disappointment. “My sister still doesn’t know. We left our hometown mostly on my behalf.” She laughed, but it escaped in a bitter, desperate cry. He searched her face for tears, but found none.

“Gods, why am I telling this to my dealer?”

“I’ll be more than your dealer soon.” 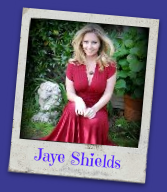 Jaye Shields holds a degree in Anthropology from San Francisco State University with an emphasis in archaeology. Her previous claims to fame include being a bass player for a grunge band called the Hymens, being mistaken for Britney Spears while in Tokyo, and commercial model. She insists the commercial still counts even though her lines were cut.

When she’s not flying the skies as a flight attendant for a major airline, she spends her time writing sensual paranormal romance and urban fantasy. Thanks to her grandmother, she’s been reading romance novels since she was ten years old. Jaye sprinkles her love of history, mythology, and the occult into flaming hot reads.

Giveaway provided by author via Tasty Book Tours
One ecopy of Addictions of a Sex Demon by Jaye Shields
Enter via widget below:
a Rafflecopter giveaway
Click the image below to see the full blog tour schedule 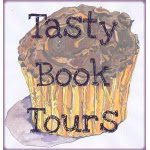