It’s a pleasure to welcome author Gabrielle Bisset back to the blog today! Gabrielle is promoting her Sons of Navarus series in preparation for the release of Blood Prophecy, book four which releases this spring and sat down for a chat with one of her sexy Sons of Navarus vampires. Let see what he spills…

“Gabrielle Bisset chats with Sion from the Sons of Navarus”
Thanks for having me back here at Romancing the Dark Side! My PNR/UF characters love the dark, so it’s the perfect place for me to have a sitdown with one of my Sons of Navarus vampires.
Gabrielle:  Please let me introduce everyone to Sion, one of the Sons of Navarus. Thanks for agreeing to talk with me tonight.
Sion: You are very welcome, Gabrielle. I think it’s the least I can do since you’re telling our story.
Gabrielle: Thank you! Alright, let’s get this interview going. Would you tell the readers a little about you to start? 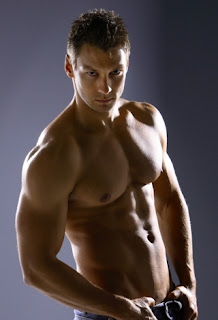 Sion: I’m a vampire turned in 1944. I’m German. I’m the Son who’s more logical and mechanical than the rest of them.
Gabrielle:  Is Sion your given name?
Sion:  No. This is the name I took when I became vampire.
Gabrielle:  Why did you take a different name, unlike the other Sons?
Sion: (frowns) I’d prefer not to talk about that.
Gabrielle:  I apologize. I didn’t mean to touch a nerve.
Sion: It’s fine. It will all come out sooner or later, but for now, I’d rather not discuss it.
Gabrielle:  Okay, let’s move on. You’re a young vampire compared to most of the Sons. Do you find that a problem?
Sion: (shakes his head) No. While it’s true that only Dante is younger than I am, I wasn’t turned like he was. He was only around 20 when he was turned, so he’ll probably always seem young. I was nearly 30 when I was turned, so I had grown up a lot before becoming vampire.
Gabrielle:  So you don’t naturally want to spend more time with him since you’ve been vampires for less time than the others?
Sion: No. We’re like night and day. I’m far more serious than he is, and even when I was 20 I don’t think I acted like he does.
Gabrielle:  So who are you closest to in the group?
Sion:  I’d say Thane. He’s a decent guy without too many mood swings. His partner, Ramiel, is the complete opposite. You never know when that one is going to explode.
Gabrielle:  You’re close to Kali too, aren’t you?
Sion:  I respect her. She’s very intelligent and her work with the prophecy has been impressive.
Gabrielle:  Respect. You seem to like her, as far as I hear. I had the ladies over for an interview the other night and Sasa mentioned that she thought you liked her.
Sion: Sasa likes to play matchmaker. I think it makes her feel better about her own situation.
Gabrielle:  So that’s a no to liking Kali?
Sion:  (stares) That’s a no comment.

Gabrielle:  Ooookay. Moving on. What makes you different than all the other Sons?
Sion:  I’m the cold one. I think the clyten has made up a name for me, if I’m not mistaken. Iceman.
Gabrielle:  I’ll have to ask him when I interview him. Do you think you’re that cold?
Sion:  No. I simply think I’m more logical than someone like Dante or Ramiel can understand. They’re all emotion—one who gets upset over everything and the other who is almost all anger. I prefer to use logic to solve things.
Gabrielle:  Do you think logic works for everything?
Sion:  I’ve never known it to fail.
Gabrielle:  But what about love? How can you apply logic to love?
Sion:  I don’t know about love. What I do know is that logic is far more useful in solving issues than emotion.
Gabrielle:  Okay, just so readers can see you are more than just logic, let’s do a lightning round of questions to give them a better sense of who you are.
Sion:  If you think they’d like that.
Gabrielle:  Favorite food?
Sion:  (smiles) I don’t have one.
Gabrielle:  Oh, come on! Don’t you really like anything you eat?
Sion:  Oddly enough, Sasa’s jambalaya is rather good. I’d never had it before coming to the monastery, but it’s tasty.
Gabrielle:  See? I knew you liked something. Next, which is your favorite: wine, beer, or liquor?
Sion: Beer, of course.
Gabrielle:  Silly question for a German. What about this one: country or city?
Sion:  I prefer solitude, but I think the city would be more my style. You’d be surprised how well you can hide among thousands or millions of others.
Gabrielle:  What about your favorite time of year?
Sion:  I like winter. It’s cold and makes you feel alive.
Gabrielle:  I’m the exact opposite. I hate winter. I can never get my shoulders down from around my ears. Okay, one last question: What can readers expect to see from your character?
Sion:  I hear we’re going to be calling on our allies for the battle that’s sure to come with the Archons. Perhaps I’ll be part of that. In the meantime, with Ramiel and Thane going to Italy, I’ll stay behind with Kali and help her with the prophecy as much as I can.
Gabrielle:  Thanks so much for sitting down with me today, Sion.
Sion:  My pleasure.
*******
And now, readers can grab the first five chapters of Blood Prophecy for FREE! Find links and details at my website. Thanks for having me here today!

For more information on the Sons of Navarus series and all the characters, readers can visit my website for excerpts, buy links, character profiles, swag (romance trading cards), and free desktop wallpapers to bring those delicious Sons to your computer. And look for Blood Prophecy coming soon! 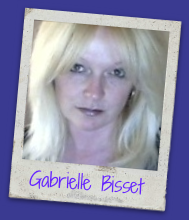 I began writing years ago because I wanted to emulate the stories I’d loved. Now in an age that seems to glorify everything fast, I’m a bit of a relic. I believe that great things take time (you know–Rome wasn’t built in a day). I take my time as I write and edit as I go because after a decade of being an editor and English composition instructor I know of no other way. Much of the joy of writing for me comes in the choosing of the exact word that can deliver just what I want a character to express to affect the reader the most.

For me, books aren’t just narratives of this character did this, so this character did that, and therefore this occurred. They’re stories full of the bigger issues of life: love, hate, power, lust and sex, hopes and dreams. And these wondrous things all thinking and feeling beings experience are shown not through the telling of he did and she did, but through the slow unveiling of events and characters so the reader becomes a part of the story. As Stephen King has said, “Good books don’t give up all their secrets at once.”