Those of you who have read my debut paranormal romance, Breaking the Nexus know that I was a bit cruel and left things on a cliffhanger. Not just an cliffhanger, mind you. A ginormous cliffhanger. Yes, I’m evil 🙂

I know you’re all dying to know what happens next, but book 2 isn’t going to be out for a while. Why? Well, my brain works in mysterious ways. I actually know exactly how Waking the Phoenix will end (and no I won’t tell you :P) but get there can be tricky. I am so lucky to have wonderful betas and the best muse ever who all know how to ask me questions to prompt my writing juju to be generous. Even so, I need a palate cleanser of sorts. You see, when I first wrote Breaking the Nexus, there were mistakes out the wazoo. I stagnated and wanted to rewrite it but couldn’t figure out where to go with things. What did I do? I wrote a novella. As soon as that was finished, BAM! Magically my writing juju was back in full force.

As much as I know you all are dying for Waking the Phoenix, I need a palate cleanser again. A way to reboot my brain so I have fresh ideas. Enter my new novella, Warrior Unleashed. This will feature Sha’s half brother Achaius, a panther Chimerae, and Gaelen (wind) Sorceri Saia. I have an even better reason for writing this novella first than just to give my brain a reboot…

Warrior Unleashed will tie in and give back story to a big plot point in the rest of Sha and Connor’s trilogy. Intrigued yet? I knew it! But what would be the fun in spoiling the surprise? This novella will be entirely stand alone, as will the trilogy, but I’m hoping you won’t want to miss out on my sexy  panther Chimerae.

When Sentinels begin dying under mysterious circumstances, the deaths are believed to be unrelated. Only one man sees the truth: an unknown enemy is targeting the elite group of warriors and no one is safe. As a panther Chimerae, Achaius Rilke recognizes the signs of a dangerously unpredictable predator. The only person he can trust is Saia Makan, the tempestuous Sorceri beauty he has chased from afar. But when the killer has set his sights on Saia, Achaius faces the hunt of his life. 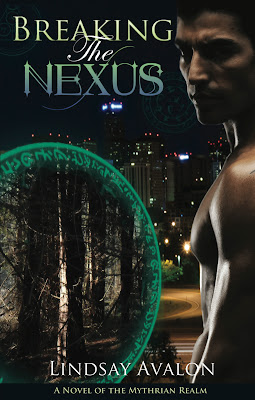 A supernatural warrior trying to save humans. A detective searching for a killer. A powerful romance neither expected.
Throughout history, myths and legends of extraordinary creatures have been told and retold. Fantastic tales of demons and banshees, gryphons and dragons, and of course, magic. Stories that every child grows to learn are nothing more than fantasy…or are they?
Beyond the world you see lies a hidden realm, the Mythrian Realm, inhabited by all of the creatures you’ve been told are mere fiction. Only one thing lies between humans and the truth: the Nexus. A magical barrier erected millennia ago to separate the two realms, it has stood the test of time. Until now.
For Mythrian Sha Phoenix, magic is nothing new. But when she stumbles upon a portal on the verge of collapse, her fate will forever change. Pulled through the portal into the Human Realm, she lands in the middle of Detective Connor Flynn’s brutal murder scene. Soon it is obvious someone is using blood magic to try to bring down the Nexus. Together, Connor and Sha must work to unravel the secrets before the barrier falls and the realms collide.
The Nexus is breaking and all hell is about to unleash…literally.
Get your copy:
Amazon | Barnes and Noble | All Romance eBooks 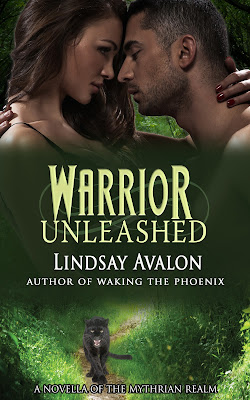 Nothing is more dangerous than a warrior unleashed.
When Sentinels begin dying under mysterious circumstances, the deaths are believed to be unrelated. Only one man sees the truth: an unknown enemy is targeting the elite group of warriors and no one is safe.
As a panther Chimerae, Achaius Rilke recognizes the signs of an unpredictable predator. The only person he can trust is Saia Makan, the tempestuous Sorceri who has driven him crazy for years.
But when the killer has set his sights on Saia, Achaius faces the hunt of his life.
Get your copy:
Amazon 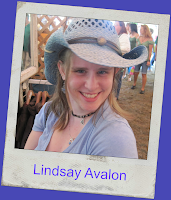 I am a wife, a programmer, and now an author. I have an adorable mini Schnauzer and more books than I have room for. I love reading romance because no matter what may be happening in my life, I can always count on my books to end happily ever after. The day I met my husband was the day I truly began believing in happily ever after. After hearing me complain a few too many times that I had “nothing” to read despite the hundreds of paperbacks scattered around the house, my husband began suggesting I write my own stories. When I finally took his advice I discovered that although I enjoy my day job as a software engineer, my true calling is to be an author.
My sister drilled into me an appreciation for fantasy and mythology, something I try to bring to my books. My debut novel, Breaking the Nexus started as a book written for NaNoWriMo and has grown to so much more. It was the conduit that introduced me to a fantastic group of independent authors who have changed my life in unimaginable ways.
When I’m not writing, I’ve found a passion for blogging and interviewing fellow authors. I also love reading (of course!), baking, crochet, sewing sock monkeys, playing video games, and all sorts of random crafts. I have an incurable love of rubber duckies and stuffed animals, and I believe nobody should have to grow up if they don’t want.
Feel free to share Lindsay some love or ask a question in the comments!